The stench emanating from the steel door in the alley behind the studio was stronger than ever. One day, we saw there was an emaciated dog chained up behind the door. When I found out there was a dog there, I went back there often and tried to play with it through the steel bars. The dog would stretch its neck out as far as it could. With a door between us, all we could do was to stare at each other in silence. Although it always looked at me with its eyes, I couldn’t see it very well. For two nights in a row, it appeared in my dream. In my dream, the skinny dog with the despondent face would just look at me while sitting on top of dim lit stairways. On the third day, we mustered up enough courage to inquire the owner about the dog. The lady said due to her deteriorating health, she was unable to take care of it. She had trouble remembering the dog’s name. After several tries, she finally got it right. It was Little Squirrel.

This is how Little Squirrel came into our lives. In order to walk her, we had to rearrange our busy schedules. At first, I fantasized about how our walks would be like. I would lead her as she explored the world with her bouncy strides. I would often get lost in my own imagination. Like from a scene from “Alfie”, there I was, a man holding a cigarette while standing in the light drizzle with the sunset as the backdrop. As my faithful guide, Little Squirrel would navigate me to through all those alleys that we have been or haven’t been before.

On one of the walks, she broke loose from her leash and ran out to the busy streets. Of all the sudden, I heard a big bang and before I knew, she was nowhere to be found. I immediately hopped on the bike and scoured every corner looking for her. Apart from the bloody paw prints on the streets, there was no trace of her anywhere. After two hours of frantic search and just when I was about to give up, I got a call from the vet telling me the police had taken Little Squirrel to the clinic. The minute she saw me, she fell on the ground from sheer exhaustion. When I saw her teary eyes, for the first time, I experienced the silent communication that takes place among all living creatures. Without words exchanged between us, I felt the weak fragile soul crying out for help. It was a feeling that I have never experienced before. In that very moment, it became clear to me that even though all creatures were created equal, as humans, we have the responsibility to help other helpless animals. Luckily, Little Squirrel is all better and continues to accompany me on my walks as I get lost in my own imaginary world.

I love to taking her on my imaginary journeys while rubbing her belly. I wish I was more like her — so genuine, decent, kind and never forgets to make the best out of life. Because of her, we now have one more life to care for. The dog that used only appear in my dream, has left that little cubby hole and entered my world. Her new life outside the steel door now is full of sunshine, grass, and with a family that showers her with unconditional love. 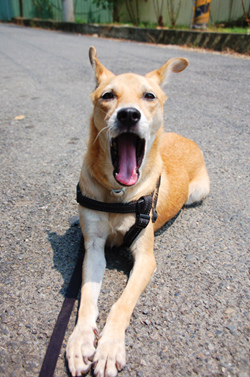 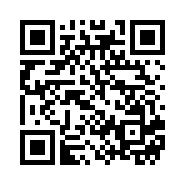