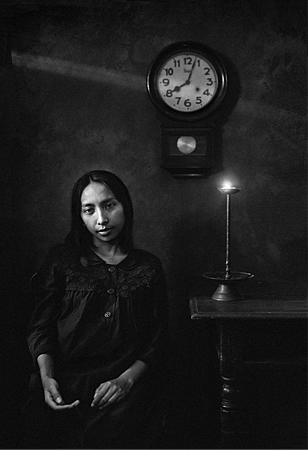 This picture was taken six days before the passing of Sister Kuo Hsiao-wen, a gospel singer from Taiwan’s Palawan tribe. During her pregnancy, she was diagnosed with colon cancer and the doctor advised her to receive an abortion. After a period of agony, Hsiao-wen rejected the doctor’s suggestions and decided to carry the baby to full term.  Throughout her pregnancy, she experienced tremendous pain, suffered several bouts of hemorrhage, and could barely sleep.  With God’s blessing, Hsiao-wen gave birth to an adorable healthy baby girl named Lei-hsuan (In Chinese: Proclamation of Happiness). However, Hsiao-wen’s cancer cells quickly spread and three years later, after several major operations to remove her damaged organs, she succumbed to death. Six days before her passing, her husband called me and asked me to please take Hsiao-wen’s pictures, “because she loves the messages that transcend through your portraits.” How could I say no? I feared that I may not be able to undertake such responsibility. At that time, Hsiao-wen was nearing the end of her life. She lost most of her vision and half of her hearing. On the day of the shoot, her husband, Chung Ming, carefully and ever so gently hoisted her up from the wheelchair to the chair. Despite of her plight, Hsiao-wen’s beauty and glorious smile shone brightly from the bottom of her soul. When she detected my nervousness, she comforted me and said, “Don’t worry, I can do this. Let’s just make sure we get the job done.” With the God’s love as her constant companion, Hsiao-wen strongly believed for a handmaiden of the Lord, death was merely a conduit to another new existence. Hsiao-wen, a true disciple, testified to us that the pursuit of love is stronger than the pursuit of survival, death has no power over love, and love in its purest form is the link to eternity. 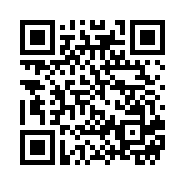